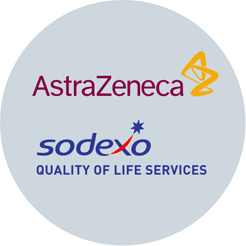 AstraZeneca is a global pharmaceutical company with a major UK presence. Their purpose is to push the boundaries of science to deliver life-changing medicines.

Sodexo provides a diverse range of services to large business and public sector clients. Their solutions include food and catering, facilities management, property and technical services, benefits and rewards and home care services.

Sodexo has worked with AstraZeneca for over 10 years and since 2012 the contract covered fully Integrated Facilities Management in the UK and Soft Services in Sweden. In 2017 the contract was coming to an end. Whilst the relationship was working well and delivering, the AstraZeneca team was searching for a step change in performance.

AstraZeneca took the decision not to retender. Instead the two teams agreed an ambitious partnership agreement called the ‘Together Stronger Partnership.’  The whole programme had 6 workstreams and an ‘Unlocking the Value’ workstream was created to establish the shared ambition and strategic objectives, to create the first step on the journey.

This was where Kentish and Co came in.

Kentish and Co ran two diagnostic Workshops with senior teams from AstraZeneca and Sodexo to establish a joint partnership vision to ‘unlock the value of two great organisations, creating an exciting step change and empowering our joint teams to make a significant contribution.’

“Kentish and Co were able to informally get ‘under our skin’ before the Workshops. How they broke it down during the Workshops, making our senior teams feel part of it, was really helpful. They brought that sort of thinking to us; understanding the project dimensions, how to take quite a complex set of directions and needs and boil them down into a very clear direction for the ‘Unlocking the Value’ workstream” – Christine Haigh, Supplier Relationship Manager, AstraZeneca

Once we had the vision, Kentish and Co were tasked with introducing the workstream to 650 team members in over 40 Workshops over 6 months, across both organisations, in the UK and Sweden.

We talked team members through the new partnership approach to unlocking the value, encouraging people to think differently. A large part of this was around behaviours and aligning behind the mission of answering ‘The Why’ – namely ‘making a meaningful difference to patients’ lives.’

So, for example, we highlighted the catering and cleaning teams, who sometimes forget how important they are. We reminded them that what they do is a key part of the mission. By preparing energizing food in a clean environment, they help the Scientists do their best work and support this. 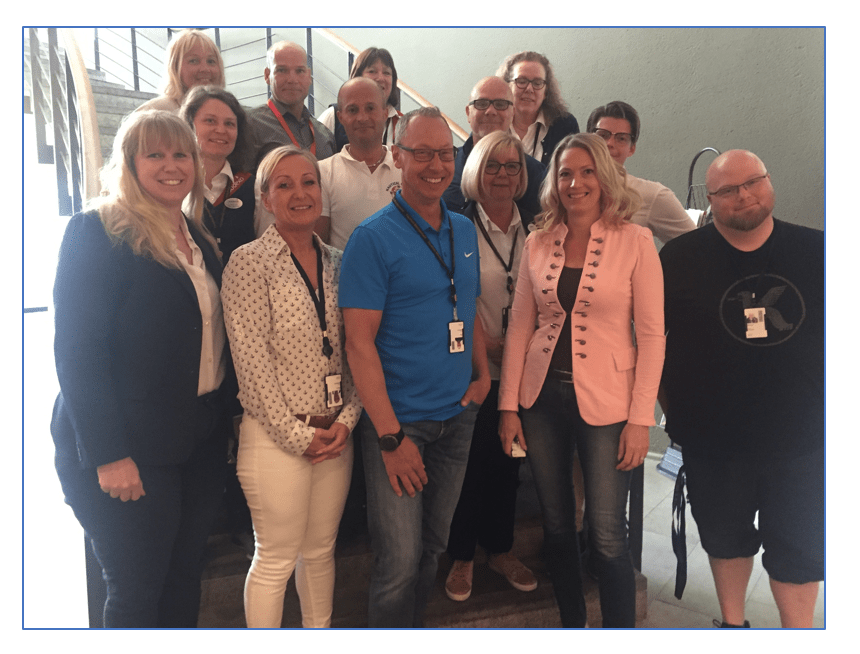 AstraZeneca and Sodexo teams in Sweden during a Workshop break

“Kentish and Co bring it to life. Their facilitation style is collaborative, creating a trusted and safe environment which really engages people – Lorna (Kentish and Co Associate) did it beautifully” – Nick Hoarty, Head of Transformation, AstraZeneca Contract at Sodexo

“It was very agile training. We realised early on that the 2-day Workshops needed to be shortened, so Lorna changed the format and flexed it down to 1 day” – Kim Burford, Sodexo Communications Lead

“Lorna made people feel comfortable, understanding for example that some are dyslexic, some are not used to brainstorming or speaking in front of a group – she understood and made people feel included in the process. I’ve never experienced anything like that” – Andrew Mierzejewski, Business Development Manager, AstraZeneca

“Putting together a programme like this is relatively straightforward. However, it’s how you deliver it that is the key. Lorna worked with Directors and senior management on one day in a Workshop, then the next day switched seamlessly to working with cleaners, operational and technical teams the next – that is a rare skill” – Christine Haigh

Feedback after the Workshops was important to AstraZeneca and Sodexo.

“The teams needed to trust Lorna, to recognize there was not too much management presence and that they could speak honestly, in confidence. They did. We needed to know some of the feedback, as it was impactful. So, we received confidential summaries of it from her” – Andrew Mierzejewski

“Lorna captured a lot of feedback she shared with us. Examples of things we could do differently , insights into what we’d not thought of” – Kim Burford

“Lots of lightbulb moments – I understood the importance of collaboration”

“Getting an understanding of what the future holds”

“The flipchart moment above was inspiring for me. It followed the training from the previous day where we talked about the Guiding Principles and examples of Delighting our Customers.

It was so great to see it put into practice the following day and ‘how the little things matter.’

Delivering the Workshops over 6 months meant that they were very different by the end, probably because some teams had already started to change their mindsets and apply things they were learning more about and sharing.

It was fantastic to see people literally transform their body language and tone from closed and sceptical at the beginning of many workshops to being very open and positive by the end.“