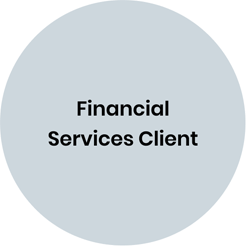 One of the largest global service providers, who develops, manages and delivers a diverse range of hard and soft FM services had a three-year contract with one of the UK’s leading personal finances services companies. From construction management, reception and food services through to asset maintenance, security and grounds maintenance, the provider covers a vast space in the FM world.

Despite coming to the end of their contract, our client wanted to improve the current FM relationship, and to look for a way forward in terms of contract extension. The relationship thus far had been difficult for both sides and there was a lack of trust building which needed to be resolved if they were to continue working together. Both the financial services provider and FM provider desired a true partnership which moved away from the structure of their old contract.

The Kentish and Co approach

Kentish and Co conducted diagnostic interviews in order to understand what the key issues were, and to begin processing how they might go about bridging the gap between the two organisations.

Ashleigh Brown, a Kentish and Co associate interviewed all stakeholders to find out their desired outcomes of the workshop. The discussion points which arose after those interviews were as follows:

The Kentish and Co solution

Kentish and Co held an initial workshop and then a follow up workshop to map the final leg of the contract. Kentish and Co developed the workshops in line with the points brought up in the preceding interviews to ensure that all problems were addressed. Two workshops were deemed necessary for this project as it was important that the facilities management stakeholders were given the time to review the initial workshop points and to come up with proposals for the second workshop.

The individually tailored workshops facilitated by Kentish and Co essentially identified that the best way forward for both parties was to focus on clarity and a clearer action plan. The points which were discussed in the interviews were then either accepted or contended, giving both organisations the opportunity to voice their opinion and have a say in their future. Many of the problems that had arisen seemed to stem from confusion over the contract, thus we identified that a more transparent relationship between the companies would prevent discrepancies over the language of the contract.

As a result of Kentish and Co’s involvement, we were able to achieve for our client and the financial services organisation: